The winner of FINDING MARCO is...


Congrats!! I've emailed you already and you have until Thursday, July 7th to email me back. Thanks so much to those that entered. =)
Posted by Mishel (P.S. I Love Books) at 2:56 PM 1 comments 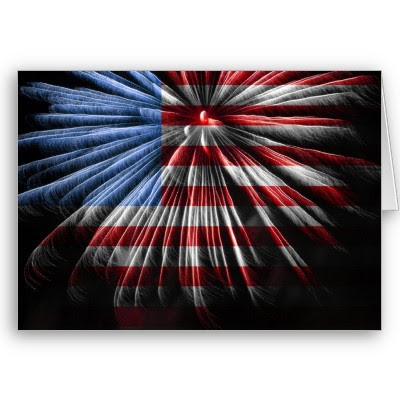 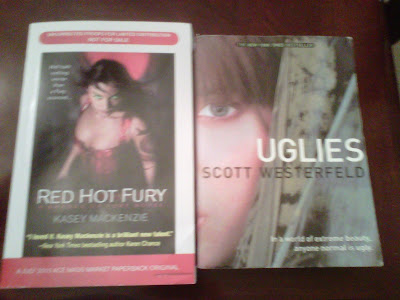 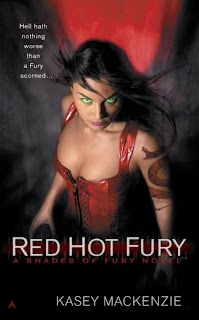 Red Hot Fury :: Kasey MacKenzie
(Book one in the Shades of Fury series)
(ARC received from J. Kaye, thanks so much!)

Hell hath nothing worse than a Fury scorned...

As a Fury, Marissa Holloway belongs to an Arcane race that has avenged wrongdoing since time immemorial. As Boston’s Chief Magical Investigator for the past five years, she’s doing what she was born to: solving supernatural crimes.

It’s far from business as usual when the body of one of Riss’s sister Furies washes up in Boston harbor. Riss discovers that the corpse’s identity has been magically altered, but as soon as she reports her findings, she’s immediately—and inexplicably—suspended from the her job. Then a human assassin makes an attempt on her life, and Riss starts to realize that someone may be trying to stir up strife between mortals and Arcanes.

When a Fury gets mad, she gets even, and Riss is determined to untangle this case. Without the support of the mortal PD, Riss turns to the one man she can trust to watch her back—shapeshifting Warhound Scott Murphy. But since Scott is also Riss’s ex, she’ll have to keep a tight leash on more than just the supernatural rage that feeds her power as they try to solve a murder—and stop a war…
----------
From Paperbackswap.com: 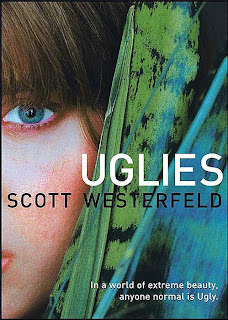 Uglies :: Scott Westerfeld
(Book one in the Uglies series)
Tally is about to turn sixteen, and she can't wait. Not for her license—for turning pretty. In Tally's world, your sixteenth birthday brings an operation that turns you from a repellent ugly into a stunningly attractive pretty and catapults you into a high-tech paradise where your only job is to have a really great time. In just a few weeks Tally will be there.

But Tally's new friend Shay isn't sure she wants to be pretty. She'd rather risk life on the outside. When Shay runs away, Tally learns about a whole new side of the pretty world—and it isn't very pretty. The authorities offer Tally the worst choice she can imagine: find her friend and turn her in, or never turn pretty at all. The choice Tally makes changes her world forever. 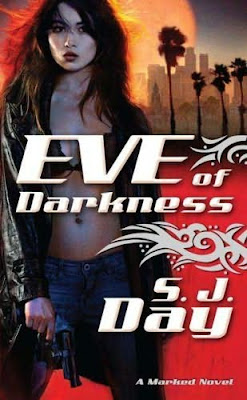 Cursed by God, hunted by demons, desired by Cain and Abel... All in a day's work.

For Evangeline Hollis, a long ago fling with a bad boy from the wrong side of the tracks just became a disaster of biblical proportions. One night with a leather-clad man of mystery has led to a divine punishment: the Mark of Cain.

Thrust into a world where sinners are drafted into service to kill demons, Eve's learning curve is short. A longtime agnostic, she begrudgingly maneuvers through a celestial bureaucracy where she is a valuable but ill-treated pawn. She's also become the latest point of contention in the oldest case of sibling rivalry in history...

But she'll worry about all that later. Right now she's more concerned with learning to kill while staying alive. And saving the soul she'd never believed she had.

EVE OF DARKNESS has been on my shelf for a while and I haven’t had the chance to get to it until now. I wish I had gotten to it sooner because I enjoyed it a lot! I’ll definitely be getting book two and three at the same time when I go book shopping again.

Life is definitely not easy for Evangeline “Eve” Hollis. The hunky bad boy that took her virginity ten year ago has decided to come back into her life. And now his drop-dead-gorgeous of a brother has Marked Eve and thrust her into a demon-battling life she wanted no part of. Not to mention that said hot brothers are none other than long-time sibling rivals Cain and Abel. Currently known as Alec Cain and Reed Abel the two of them work directly under God and the archangels in the battle between good and evil.

Eve is definitely a great heroine. Talented, independent, intelligent, and beautiful Eve is temptation to the brothers and I can see why. She’s also half-asian which is definitely a unique thing in the urban-fantasy/paranormal-romance world. Usually characters are mixed with some non-human ingredient i.e. vampire, werewolf, witch… But having a fully human character with a mixture of two different countries/cultures/ethnicities was so nice to see. That and the fact that I’m half-asian myself, w00t! w00t!

I enjoyed the steamy sex scenes…even the crazy one in the stairwell involving Eve and Reed. A little wacky but totally hot!! The dialogue was filled with snarky/sarcastic wit and I enjoyed seeing the relationship with Eve and the brothers develop. Alec is definitely her man and Eve is definitely his woman…however the love-triangle involving Reed is sooo fun to read!!

I also really liked S.J. Day’s world building. The battle between angels and demons is somewhat cliché but that’s not what Day has provided her readers with. Her spin and unique twists to the tale brought a lot to the paranormal world. I also enjoyed how EVE OF DARKNESS started out; a little backwards. The first chapter drops the reader right into the action of Eve’s life and then the remaining part of the novel is six weeks’ worth of back-story that explains what the hell happened to Eve.

So I say go read EVE OF DARKNESS if you haven't already!! It’s fun, sexy, and has a lot of potential to be an awesome series. However, I did learn recently that S.J. Day is switching publishers and it looks like the Marked series has no more immediate additions which seriously sucks *tear* But in the meantime I’ll be finishing out the books that are already out there and hopefully by then some magic will happen in the world and S.J. Day will add a new novel to Eve’s world =)

I usually add a lot of books on my TBR list throughout the week. This is just a small glimpse into the ones that were added on recently. Maybe you'll find something you like =)
Please let me know your thoughts on a book you've read from the list. Or tell me about a good book you've found this week.

My Finds This Week:

In a Nutshell - June 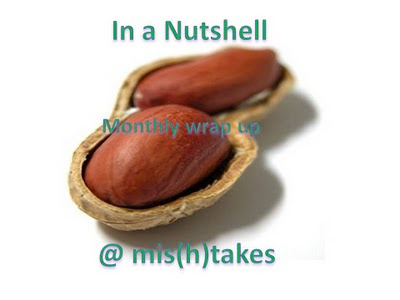 Not the best of reading months...I'm just very glad I could squeeze the last few books in because I was scared I was only going to finish two this month. I'm coming toward the end of pregnancy -thank God lol- and I really hope I can still find a moment or two to read. I'm excited about meeting my daughter...excited and nervous. Please excuse any and all absenses that are sure to happen sometime very soon. I hope you all decide to stick with me because I'll definitely be back!! But let's talk about what happened this month...

Reviewed This Month:
(Read in May)
(click rating for review) 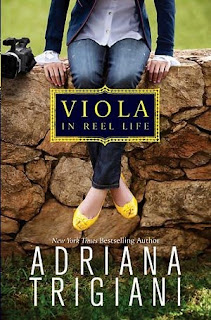 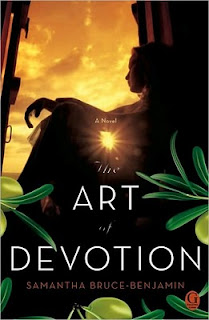 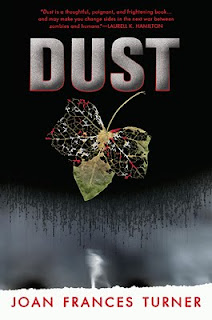 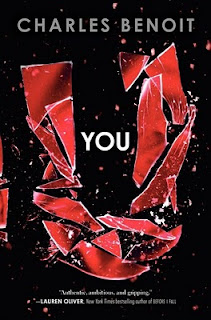 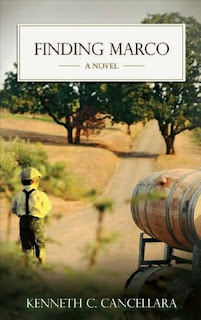 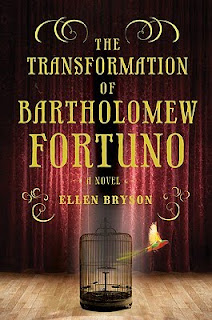