I usually add a lot of books on my TBR list throughout the week. This is just a small glimpse into the ones that were added on recently. Maybe you'll find something you like =)

Please let me know your thoughts on a book you've read from the list. Or tell me about a good book you've found this week.

My Finds This Week: 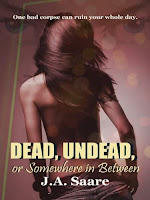 Dark Inside by Jeyn Roberts
Dead, Undead, or Somewhere in Between (Rhiannon's Law, #1) by J.A. Saare
Dark Parties by Sara Grant

ARC Review: In the Forests of the Night 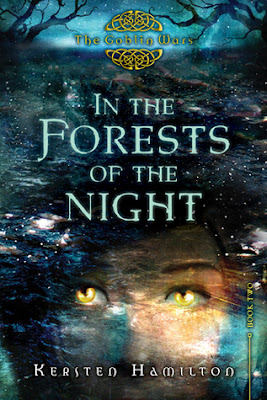 In the Forests of the Night
Kersten Hamilton

The battle against goblinkind continues . . . but which side will Teagan be on?

Teagan, Finn, and Aiden have made it out of Mag Mell alive, but the Dark Man’s forces are hot on their heels. Back in Chicago, Tea’s goblin cousins show up at her school, sure she will come back to Mag Mell, as goblin blood is never passive once awoken. Soon she will belong to Fear Doirich and join them. In the meantime, they are happy to entertain themselves by trying to seduce, kidnap, or kill Tea’s family and friends. Tea knows she doesn’t have much time left, and she refuses to leave Finn or her family to be tortured and killed. A wild Stormrider, born to rule and reign, is growing stronger inside her. But as long as she can hold on, she’s still Teagan Wylltson, who plans to be a veterinarian and who heals the sick and hurting. The disease that’s destroying her—that’s destroying them all—has a name: Fear Doirich. And Teagan Wylltson is not going to let him win.

I loved Tyger, Tyger when I read and reviewed it earlier this year! I was sooo excited when I was approached to review the second in the Goblin Wars series. In the Forests of the Night spends most of its time in the real world instead of Mag Mell. I admit the beginning was somewhat slow for me. I think the magic of Mag Mell and the first book as a whole made me think the second book was going to be the same. While still filled with plenty of Irish folklore, the magic of Mag Mell was kept in the background. Once I really got into the story and the characters I found the magic I was looking for - it was just packaged differently.

In the Forests of the Night had such great character development!! I loved seeing Teagan branch out a little bit more. She was very independent in the first book but it seemed her confidence bloomed this time around. She's still somewhat vulnerable at times but her strength always resurfaces when she needs it.  I also got what I wished for in my review of Tyger, Tyger... more Abby!!! I was really pleased with how much time was put into each character because it really helped me connect with the book.

While it had been a little while since reading Tyger, Tyger I didn't feel lost in the second book. I think it best to read the series in order to get the best possible picture but you don't miss too much if you jump right into In the Forests of the Night.  There is a lot of real-world conflict going on in this installment that I enjoyed. The ending was fast-paced and engaging and I can't wait to get my hands book three. Fans of Tyger, Tyger must continue on with the second book. And I highly recommend the series to anyone who hasn't gotten a chance to start it!