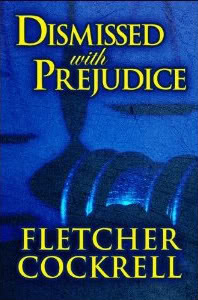 
Dismissed with Prejudice is a legal drama that deals with the dark side of a powerful university, major college sports and state government. At the urging of a wealthy businessman and booster with mafia ties, an assistant coach is fired under false pretenses. Landon Duhon, a small town lawyer, reads about it in the paper and becomes suspicious. It's the third assistant in the last seven years fired by the same multi-million-dollar head coach, a political schmoozer and philanderer. Duhon sends his colleague to investigate and slowly uncovers layer upon layer of fraud, corruption and backroom deals. The assistant's career is over regardless of the outcome, but he decides to sue for wrongful termination, setting in motion a legal battle that escalates into threats, violence and murder. The novel is a classic "little guy against the system" story with insight into the bureaucracy, legal environment, and corrupting influence of money in the university and political arena.


Review:
Dismissed with Prejudice is definitely not the kind of book I've read before. Money always seems to be the driving force in everything nowadays and collegiate sports is no exception. The corrupted politics of college basketball and the consequences it has on players, coaches, assistant coaches, universities, and even the cities in which the teams reside in are the key aspects of the story. Set in southeastern Louisiana at LSU, the novel portrays the state of Louisiana as the powerful, strong, and corrupt state that it is renowned for. At LSU, where the university sports are a religion unto themselves, assistant basketball coach Craig Frazier is being fired for "cooked up" NCAA violations. Being the third or fourth assisant coach fired for similar infractions in so many years, small town lawyer Landon Duhon becomes suspicious. Little does he know that when he approaches Frazier to represent him that he opens up the biggest can of worms that LSU, the NCAA, and the state of Louisiana has ever seen.
It's hard to pinpoint the main character of the novel because there are so many strong characters that are important to the plot and layout of the story. Head coach Tom Boyd is fierce and will do anything to have the best players on his team. He relies heavily on his friend Victor Banelli to get him what he needs for his team to be successful and to make the players happy. And Vic is an extremely wealthy guy with a lot of connections and he doesn't let the word illegal get in his way when he's after what he wants. Landon is definitely one of the important players to this story. He is relentless and although he may cross the legal line when it comes to gathering evidence he is basically a good guy. His drive to help out Craig is both humble and downright ruthless. Overall the remaining characters fit their profile well. Bad guys were sleazy and easily unlikeable. The women of the story were somewhat one-dimensional and remained backups to the men, which wasn't too terrible.

Even though I found the author's story telling and character descriptions somewhat different I still enjoyed it. I did feel I was being told a story rather than experience it through descriptive passages and well thought out character interactions. I admit I was tired of seeing all of the exclamation points that the author seemed to favor as well.  Minor quirks in a decently written novel didnt stop the fact that there were some really great things I enjoyed while reading. I admit I didn't feel a personal connection with any of the characters I still came to really like some of them as I got into the meat of the novel.

I'm not a huge sports fan however the blurb of this novel grabbed my attention. I'm not sorry I read Dismissed with Prejudice because I really loved the ending and most of the novel was a good read. Even though the book had some problems and even though I had to force myself through some of the parts I still recommend the novel. Sports fans (especially college basketball) will definitely enjoy it but the novel also offers up some legal drama, suspense, and interpersonal conflicts that I personally enjoy reading. I even think this would make a decent TV made movie...I know I'd probably watch it!