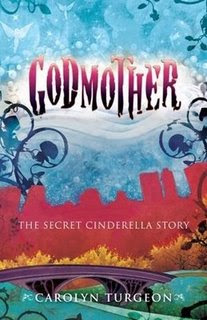 Godmother: The Secret Cinderella Story
Carolyn Turgeon
Series or Stand Alone: Stand Alone
Synopsis: [from bn.com]
Lil is an old woman who spends her days shelving rare books in a tiny Manhattan bookstore and lonely nights at home in her apartment. But Lil has an intriguing secret. Tucked and bound behind her back are white feathery wings–the only key to who she once was: the fairy godmother responsible for getting Cinderella to the ball to unite with her Prince Charming.
But on that fateful night, something went terribly and beautifully wrong. Lil allowed herself the unthinkable: to feel the emotions of human beings and fall in love with the prince herself, going to the ball in place of Cinderella in her exquisitely gorgeous human guise. For her unforgivable mistake, she was banished to live among humans, far from her fairy sisters and their magical underwater world. But then one day she meets Veronica–a young, fair-skinned, flame-haired East Village beauty with a love of all things vintage and a penchant for falling in love with the wrong men–and suddenly it becomes clear to Lil that she’s been given a chance at redemption. If she can find a soul mate for Veronica, she may right her wrong and return to the fairy world she so deeply longs for. . . .
Review:
I haven't read many re-tellings of any classic fairytale but I have many on my TBR list. So when my lovely friend Kimberly from Darque Reviews offered to send this book to me I was absolutely thrilled!
Lilian is an old woman now. Having lived for decades on Earth, her age is definitely showing. Once a beautiful fairy, Lil was banished from her fairy world and she's now living in heart of Manhattan. Lil was no ordinary fairy, she was destined to be Cinderella's fairy godmother and get her to the ball - and to her handsome prince! Fated at birth, Cinderella and the prince were made for each other. But when Lil allowed herself to feel human emotions, she slowly found herself in a mess she couldn't get out of. The desire for the prince soon becomes too much for Lil and she goes to the ball in place of Cinderella. The consequences are both heavy and tragic.
In the human world, even after all this time, Lil still struggles daily. After binding her beautiful white feathery wings each day she goes to work at a quiet used bookstore that helps fill her days with purpose. Her obvious love for books mirrors that of her boss, George. George is a book-geek at heart and collects rare vintage books for himself and many different people. With his heart still broken from a recent divorce, Lil notices his loneliness and wishes there was something she could do for him.
And then Lil meets Victoria, a young, vibrant hair dresser who is bursting with life. Victoria immediately reminds Lil of her years with the fairies and she soon realizes that she may be able to redeem herself. If she can help the young couple, who remind her so much of Cinderella and Theodore (the prince), come together for George's modern day ball, she may finally be able to return to her sister and fellow fairies.
I absolutely loved Lil. Despite her old age in most of the book she was so very young at heart. I instantly felt sympathetic towards her even though she did make a terrible mistake. George and Victoria were really wonderful characters as well and I think Carolyn Turgeon did a great job of developing them into people I came to truly care about.
I was so very surprised at the end! If this wasn't an already unique story I would just recommend reading it for the ending. But fortunately I feel the entire story is a definite must read. I'll happily be looking for more books from this author!
Reviewed Elsewhere:
Darque Reviews
Graeme's Fantasy Book Review 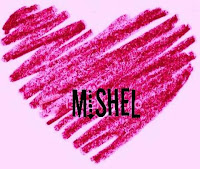 Great review... I'll have to keep this one in mind. I haven't read many fairytale re-tellings, either. I keep thinking that I won't like them as well as the original, but this sounds intriguing!

When I first heard about this book, I thought "Wow, it sure sounds fun!" I'm so glad you posted a review and you liked it! I'll definitely have to add it to my list.

Great review. I love the sound of this book!

Fabulous review Mishel. I'm so glad you had the chance to read it! :)