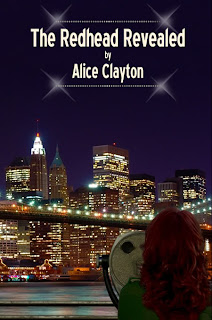 Source: Received for review from publisher

As their careers catch fire, Grace and Jack -- everyone’s favorite foul-mouthed, funny, and feisty couple -- find themselves on opposite coasts. Grace has landed in New York City, where she loves being onstage again, particularly because she’s playing a fabulous character in a musical written by her old college flame, Michael. Their rekindled friendship makes exploring the city that much more fun.

Meanwhile, in L.A., Jack can scarcely keep up with the swirling throngs of women who track him everywhere he goes, the endless press appearances, and the ridiculous rules his manager, Holly, keeps concocting for him -- all part of the buildup to the release of Time, his steamy new film.

But even when their schedules allow them to connect, Grace and Jack must keep their relationship off the radar and away from paparazzi cameras. Sure, the sex is sensational, but can this duo survive swirling rumors, the demands of their chosen professions, Grace’s raging internal battles, and a whopping nine-year age difference?

Tick-tock, the clock is ticking. Isn’t it?

Alice Clayton brings the second installment of a tale told with her magical mix of humor and heat, so cuddle up under the sheets and flip on the Golden Girls. Grace and Jack are at it again.

Grace and Jack are back! Their careers are just starting to take off and now the crazy, sexed-up, couple find themselves on opposite coasts. Grace is just arriving in New York City where she’s getting ready to start rehearsing for an upcoming live show. Meanwhile, Jack is back in L.A. getting ready for his big movie premiere. The two are still keeping their sex life alive with steamy phone sex but the distance is taking its toll on both of them. Rumors start flying, the paparazzi continue to hound, and Grace starts to wonder if her and Jack should stay together.


The Redhead Revealed is a lot more emotional than the previous book. Grace is kind of a wreck this time around. She constantly questions her relationship with Jack and that’s understandable. The paparazzi are relentless in their pursuit of Jack. Rumors start flying about him and an ex-girlfriend and Grace finds it hard to ignore them. She lets her past experiences come back to haunt her which further drives a wedge between the two. It doesn’t help that one of Grace’s best friends from college is the writer and director of the new show she’s starring in. While Jack is in L.A. and traveling around the world promoting his movie, Grace is in New York spending more and more time with Michael.

Michael is a very likeable character. He and Grace had a big misunderstanding in college and it caused Grace a lot of grief and heartache. But it also did a number on Michael as well. It’s tough to dislike the guy when he’s really nice, cute, funny and not the bad guy Grace thought he was. Now that the two are finally friends again, it’s easy to see that they go quite well together. Jack even notices it whenever he gets the chance to come visit Grace in L.A. Jealousy is an ugly, ugly thing and both Jack and Grace start to feel it.

A lot of emotional baggage being thrown around, but don’t fret because there are still plenty of hilarious moments and sexy-time romping throughout the story. I really enjoyed the seriousness Clayton added though. Couples go through a lot of ups and downs and I thought Grace and Jack’s problems were very real and heightened because of their careers (Jack’s in particular). Relationships can be tough and Clayton has given Grace and Jack a lot of real-world problems to overcome.

Grace and Jack have easily become a favorite literary couple of mine. I love their interactions and the love they share. Despite the problems that arise for them in this book their personalities and actions didn’t let me down. I really enjoyed the sweet playfulness and emotional depth in The Redhead Revealed. This series is fun and hard to put down. I’m very excited about the third book and hope a release date gets announced soon. (So hurry it up Alice!!)

I don’t like it. It's not as eye-catching as the first book. Grace is kind of lost in the whole “New York” night time scene… I think it could have been done better and still incorporated Grace’s move to New York.

Ok, I have to go over to Goodreads and make a note of this one. I have been meaning too, but it takes forever for me ;)

Lol I know what you mean. But I'm sure you'll really enjoy her books when you get the chance to read them!

Not my usual read but it looks good...will be checking it out. Thanks for the review.