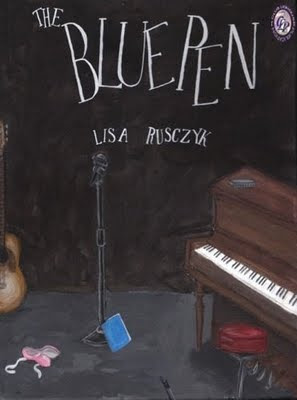 Parker didn't expect to find his next great magazine story sleeping off a hangover in the back seat of his car. The homeless woman, Cleo, says she never wakes after dawn, which makes Parker curious. His intuition for finding a unique story is buzzing after meeting Cleo, and he decides to interview her to find out what drove her to live on the streets.

Cleo explains how the early death of her first love set the path for her life. She withdraws from the world after he dies, only to re-enter it by going to a strange club called the Beacon. At the underground club, the patrons channel spirits on the improv stage and share psychic readings in the room behind the beaded curtain. While Cleo describes her spiritual awakening, Parker wonders if she actually fell prey to mental illness.

Because of a first article Parker wrote about Cleo, another reporter is after the story, blackmailing Parker to give it up. Parker must decide how to keep his story and not let Cleo down in the process.

Review:
First off I gotta say eBooks, I'm sure, are wonderful... if you have an eReader of some kind. Or if you can stand staring at the screen for a prolonged period of time. And while I can be on the computer for hours at a time I can't read a book off the screen for some reason. I either get too distracted or my eyes start to bleed... whichever comes first. And yet I still take review requests for eBooks. Don't ask me why. I'm planning on getting a Sony eReader sometime in the near future (the new hi-tech one to be precise - very exciting) so I suppose that's why...
But anywho, my point is that I first recieved THE BLUE PEN in it's eBook format. I started it and really got into it but I couldn't devote the time to sit at the computer to finish it. Lisa was very kind enough to send me a printed out version of the book and that made me super happy. So I, along with my eyeballs, would like to take the time out to thank her!
THE BLUE PEN is a unique story, unlike anything I've ever personally read before. Lisa asks the reader to interpret how fine the line is between having a paranormal or "special" gift and having a mentall illness. One of the main characters is Parker, a magazine journalist who finds an unexpected guest in his car one morning on his way to work. Cleo is homeless but somehow mesmerizes Parker. Mesmerize might be too strong of a word... but basically she leaves such an impression on Parker that he finds himself wanting to talk to her again. He knows how one might become homeless. Losing your job, a string of bad luck, addictions of all kinds can force someone to live on the streets once they've lost everything. He wants Cleo's story.
He writes a story for the magazine of their encounter in hopes of baiting Cleo in... and it works. She agrees to an interview with Parker. Cleo basically tells Parker her life story and I can hear you all thinking "Well who really cares?" (and yes I can hear your thoughts lol) Cleo's life, while not filled with emotionally charged relationships or crazy exciting events, is terribly unique and different. It's not really until the middle of her own story does the overall story of THE BLUE PEN start to get really good. A myriad of characters and thought provoking concepts start to emerge through Lisa's writing.
I enjoyed THE BLUE PEN very much. Like I said it was different, a good different. It was a little slow at times but overall the concepts and ideas Lisa introdcued to me had a lasting impression. I know you may not like eBooks, but I encourage you to try this one if you do. I believe this book will surprise you and make you analyze things that you never really gave a second thought to.
Be on the lookout out for an interview with Lisa and a .pdf giveaway of THE BLUE PEN tomorrow!! I do hope you'll come and stop by. 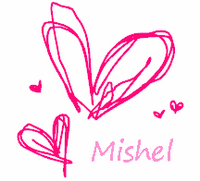 Great review. I've not tried an eBook yet!

I do agree with Kate, great review. I never heard of this book before, but the summary got me very interested! I never tried an ebook, I don't really know how to feel about reading on the computer. (reading books LOL)

Great review & this is actually one on my wishlist but I don't have an e-reader and I find e-books quite difficult to get through on the computer :-(

Thanks for the review, Mishel. I had a lot of fun answering your questions on the Q & A.

Teddyree, I made a print version that you can buy from lulu.com. My publisher only does ebooks, so that was my option to make it print. I have a link to it on my blog if you are interested!

Thanks Lisa, I'll check it out!

I've never heard of this book before, but it sounds very unique and interesting!